Who Wore It Better?

My Rodian in Pink is ready for those missions, thanks to her pal the mayor who happened to have a set of Pink Ubese Armor that somehow fit perfectly.

Have you seen the meme where two celebrities are shown wearing the same dress?  They call it Who Wore It Better, and usually one looks horrible and the other great.

So here is the Ranger in Pink Ubese 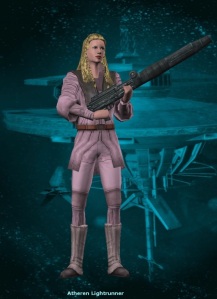 And the Pistoleer in the very same outfit 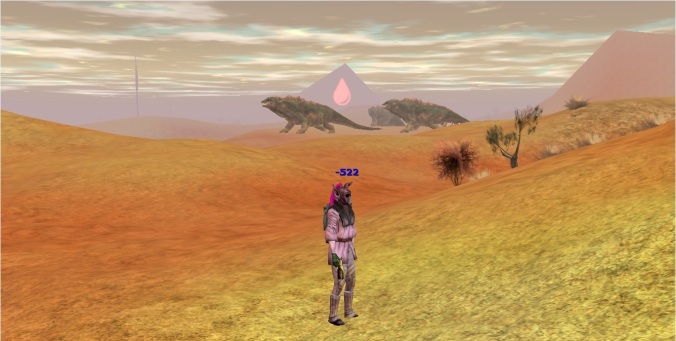 My Pistoleer Soulmate managed to get Master Pistoleer while we worked on leveling on Lok this week.

I was pretty busy taking screenshots so he didn’t get much help from me.

Still, I have only one box left and then the Lizard and I will be true equals.

I purchased something here recently, so I knew I wanted to visit Old Republic City next.

It is in  southwestern Naboo. 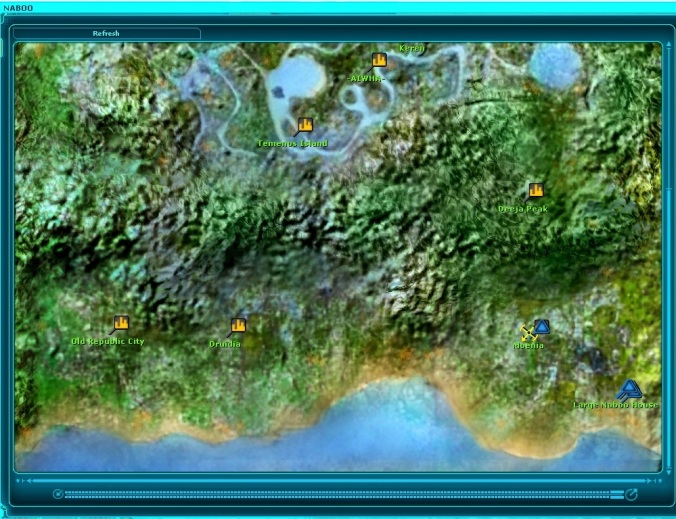 Old Republic City is a  Metropolis with 120 citizens, and the Mayor is Xuniekius.

It’s an Improved Job Market, meaning if you take missions from this type of city your mission payout is larger.  I want to say 20% but I’ll fact check tomorrow. My spouse will know, because he’s a fiend for Improved Job Market Cities.   People in Genchat are always asking if there are Improved Job Markets on a given planet, and you can see why.

Inside the City Hall are surprising occupants, a set of bioengineered Guardians. 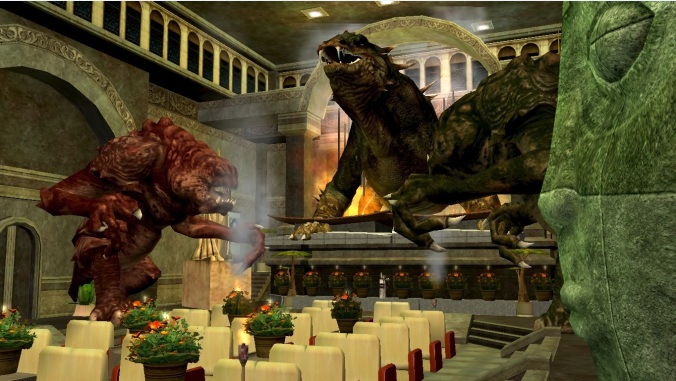 There’s seating in the center and a refreshing fountain at the back of the room.

The Old Republic’s Dazzling and Wizzle’s Fun Club, aka the Cantina.